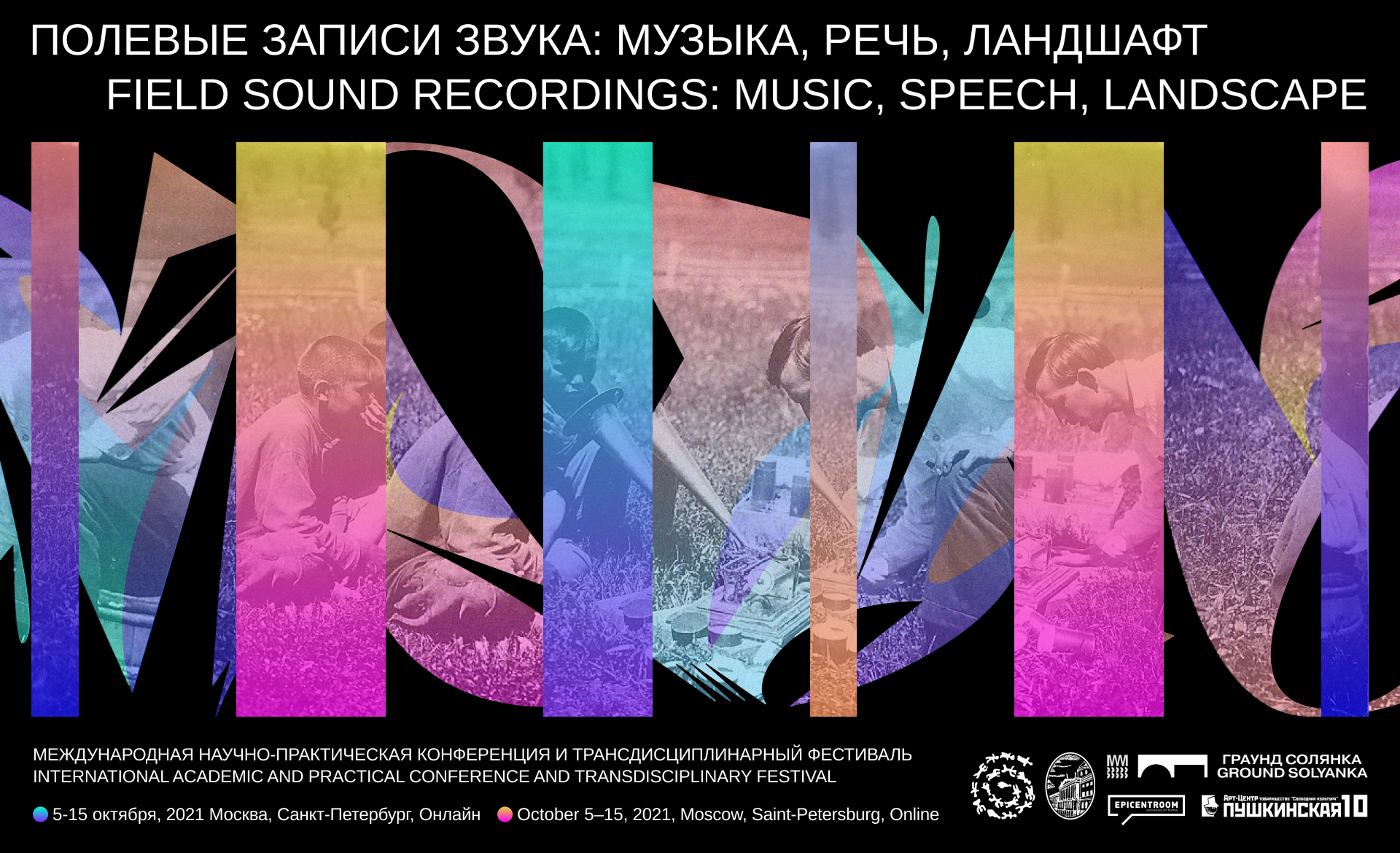 Sound is a physical, psychological and cultural phenomenon, which first and foremost provides information about events, processes, momentary changes in the environment — in other words, about what is happening here-and-now. In this connection, recording of the sound phenomena, playback or precise imitation of sounds that once took place somewhere else in the past is a certain attempt to outsmart time, to make reality more controllable.

We may consider that the beginning of the history of sound recording takes place at the same time as the advent of writing — mostly because speech is primarily a sound phenomenon. In the history of European music culture, the methods of sound recording/notation have been heading for a long time towards the maximum accuracy of the instructions for musical performances. Standardization of musical instrument constructions and performing techniques has also contributed to better accuracy in playing music and ensured that it sounds relatively constant in different performances. And only in the 20th century, after the invention and spread of such sound recording and reproduction technologies that do not require human efforts to extract sounds here-and-now, the history of European academic music has visibly shifted its course towards an exemption (sometimes quite radical) from standards of notation, interpretation, performing techniques and principles of composition. The responsibility for the accuracy of sound recording and playback can be considered, to some extent, to have been shifted from human to mechanical/digital devices. And indeed, the technology and industry of sound recording develop first of all in the direction of increasing the relevance of recorded sound to the real one, or rather, in the direction of strengthening of psychophysiological effect, which sound has on human beings — the effect of co-presence with the event.

When we talk about describing and studying the sound picture of the world, we inevitably come to the concept of «humanly organized sound». It includes both complementing everyday sound landscapes with «favourable» sounds and rejecting uncomfortable sources, interpreted as «noise». One way or another, we deal with selectively perceived sound in our daily lives, with both cultural and physiological justifications. The range of the «unheard» is as important for sound studies as the » audible» model of the world.

Another important emphasis in the above formulation is the concept of man as a listener and as a producer of sounds. The sound reality is much broader than the conditioned human perception: the modern approach of anthropology «on the other side of the human being» proposes to break away from the doctrine of anthropocentrism and to perceive many entities such as «plant», «mineral» or «animal» as hearing, listening to and reproducing sound.

International academic and practical conference «Field Sound Recordings: Music, Speech, Landscape» is a transdisciplinary festival, research forum and a platform for communication and sharing experience between those who are interested in academic, aesthetic and technological rethinking of field recording.

Conference is organised by the Institute of Ethnology and Anthropology, RAS, and Institute of Russian Literature (Pushkin House), RAS, and will be taking place in Moscow, Saint-Petersburg, as well as online.

Even though recording technologies are actively used by cultural researchers (ethnologists, ethnomusicologists, folklorists, linguists, etc.), questions about what role the phenomenon of sound recording itself plays in culture are rarely discussed. Our academic and practical interdisciplinary conference on field sound recordings is devoted to these questions. The main task of the conference is to organize an exchange of experience with sound phenomena between language and culture researchers, musicians, composers and sound artists, technologists, engineers and programmers, sound designers and other specialists involved in the practice of recording, analysis and reconstruction of sound.

During the conference we are going to discuss the following topics:

— Anthropology and ecology of sound // problem fields and sounding environments

— Representation and recontextualization of sound // exploring and (re)creating acoustic spaces

— The history of sound recording and interpretation

— Methods of collecting and interpreting auditory data // fixation, analysis, and transformation of sound

— Sound in culture: acoustics and semantics // territories, languages, and communities

— History of sound recording and interpretation

— lecture-interview about field recording, acoustemology and anthropology of sound by Theodor Levin and Steven Feld

— «Anthropology of Space in Search of Sound» by Denis Sivkov

— «Field recordings as cinematic matter: the alchemy of the fusion of sound and the «filmic» in experimental film» by Fjodor Gladilin

— Preservation and Publication of Field Recordings: Archives, Labels, and Web-Resources

For any questions please contact us via email: fieldsoundrecordings@gmail.com

Dmitry Funk, D.Sc. in Historical Sciences (Institute of Ethnology and Anthropology, RAS) – head of the Committee

Vasilisa Filatova (Institute of Ethnology and Anthropology, RAS) – deputy head of the Committee